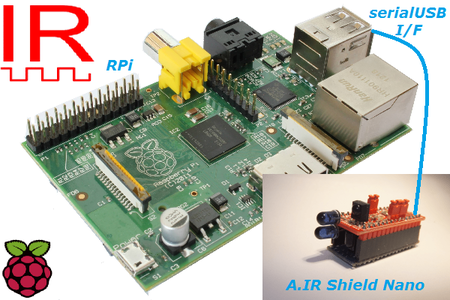 The A.IR Shield Nano is a versatile IR tranceiver built on top of the Arduino Nano. It connects to a PC (Windows, Linux, RPi etc) via the included serialUSB port connector and features advanced IR circuitry for sending & receiving IR signals. It also records the IR carrier frequency with every signal.